The Importance of Training

A big issue we see here at the Rehab Docs with athletes these days is the number of times they spend playing their sport versus the amount of time they spend training for it.

A big issue we see here at the Rehab Docs with athletes these days is the number of times they spend playing their sport versus the amount of time they spend training for it. We have forgotten how critical training is, and instead, we tend to prioritize playing in a game setting. Playing a game without proper training time is like taking a test without studying; you’re not likely to do well, and even if you do, you would’ve done better had you studied. We need to make time for training; we need to prepare for a sport, and this is often forgotten about.

We cannot expect to get better at our sport without training. People often credit talent to genetics and think training isn’t as important. “You’re either born with it or you’re not” is something we hear. When we think about what makes an athlete successful, we think of athleticism. To be a good athlete, to have athleticism, you must be able to move appropriately within the right time frame. But this ability is not genetic! Athletic ability is trainable; the rate at which you adapt may not be trainable, that’s the genetic factor, but athleticism is. If you’re an athlete that prioritizes game time over training, you’re going to put a cap on your potential.

With prioritizing game time, we have begun to see baseball athletes playing 100 games a year– how do we expect athletes to train if they spend the majority of their time playing? (MLB has always played over 100 games. In 1961, they went from 154 games to 162. Younger athletes often find themselves trying to keep up with the pros).

Though physically finding the time to train may be difficult, it’s important to know that there are many things you can do to train mentally as well. Greater than 50% of the neurons are elicited when we just think about moving. For example, if we just think about going through our baseball swing, 50% of the neurons that supply that movement are activated without actually moving at all.

In a study in 2017 researchers found athletes who played baseball and track and field felt their strength training program was more beneficial to their performance than other sports, such as, softball and men’s soccer. The strength and conditioning professional who work with these athletes can use this information to educate and monitor certain athletes or sports that may not feel their strength program is effective in enhancing performance.

Thinking about a series of movements primes our central nervous system to be able to synchronize those movements. Until we see a shift in athletics that allows players to have more physical training time, this meditation training is the type of training that needs to be facilitated. You can meditate on what you’re supposed to do by visualizing yourself with the crispest detail possible at every single point of the movement.

Often after a mistake is made, your coach may say, “Learn from that! Know what you did wrong and make sure you know what to do next time.” This is essentially the meditation piece we’re talking about, just it happens after you’ve already made the mistake. Wouldn’t it be better to visualize the process before you make a mistake so you don’t make the mistake in the first place? 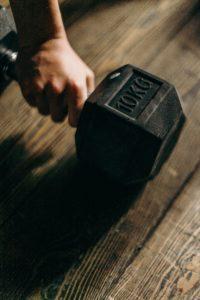 As an athlete, you have to recognize that while playing your sport is important, you’re never going to get better at your sport if you don’t train enough. We hope to see a shift in the next ten years that gives athletes less playing time and more training time. Until then, finding the time to train is on you as an athlete. You have to actually put in the work before you can be a better athlete. Contact us today to learn more about the importance of training.