What is Femoral Acetabular Impingement?

A 17 year old male track athlete presented with right anterior hip pain. This pain is made worse when he squats or walks up stairs. This pain came on gradually over the past 2 months without a mechanism of injury. His track season started 3 months ago in which he runs the 200, 400, and hurdle. His hip pain increases with activity, especially after and during hurdling. The patient did not have a significant health history contributing to his CC nor were any other systems involved. Physical findings include pain with right hip flexion and pain with hip flexion plus adduction with a harder than normal end feel.

Muscle testing bilaterally of psoas, rectus femoris, vastus medialis, and gluteus medius/minimus was graded 4 out of 5. Palpation revealed hypertonicity and trigger points in psoas (and most likely subsequent iliocapsularis (4)) and rectus femoris bilaterally, worse on the right. Pertinent negative findings of the right hip included FABER test, anvil test, and scour test. Differential diagnosis included FAI and functional FAI. Functional FAI must be ruled out first by trial of care before continuing with imaging of the hip to confirm pathology.

Treatment consisted of re-establishing correct motor control of the core and lower extremity through dynamic neuromuscular stabilization (DNS) exercises. The focus of the exercises was to synergise muscular influence around the hip by activating gluteus medius/minimus and vastus medialis as well as maintaining intra-abdominal pressure through hip flexion. In this way, the antagonistic muscular activity will normalize tone in the hypertonic musculature (5) as well as teach a synergistic relationship and motor control of the muscles surrounding the joint. After 3 weeks of treatment the patient was pain free in hip flexion and adduction. 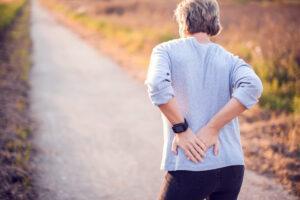 This case is important to recognize functional vs. structural Femoral Acetabular Impingement. A trial of care is the best way to conservatively determine if the Femoral Acetabular Impingement is extracapsular or boney. This condition should be treated from an antagonistic and synergistic view point to best treat the patient’s poor motor control that lead to hypertonicity and impingement. If you are experiencing pain in any area of your body contact The Rehab Docs today.